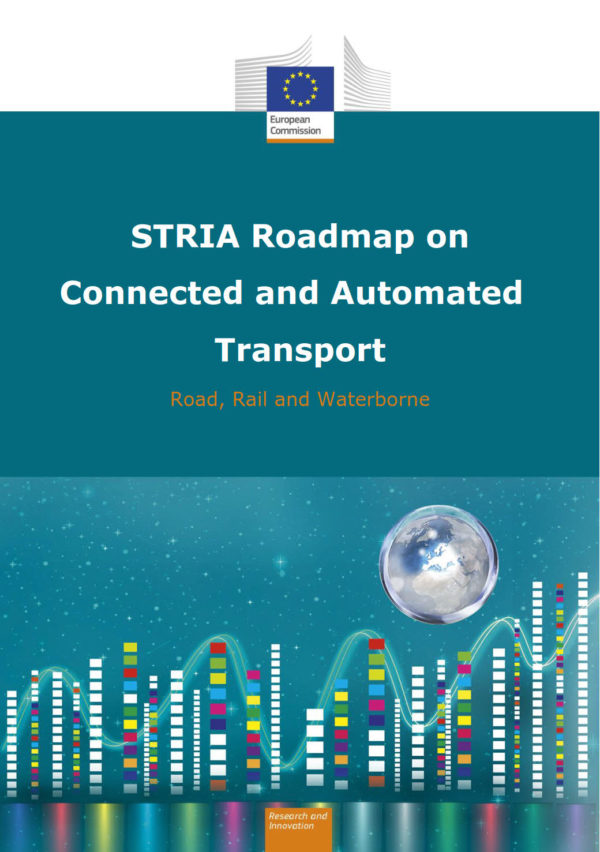 The STRIA roadmap on CAT builds on and further develops the research and innovation strategy for CAT initially developed for the various transport modes within the Strategic Transport Research and Innovation Agenda (STRIA) first published in 2017.

The STRIA roadmap on CAT proposes ways of sharing responsibilities between European Union, the Member States and the industry and recommendations are derived accordingly. At the same time, potential synergies, overlaps and possible fields for cooperation between and common actions of Member States and the European Commission are highlighted.

It includes three mode-specific roadmaps: for waterborne, road and rail transport. They are structured along technical and non-technical thematic areas, and they identify a number of effective initiatives that work hand in hand to advance innovation. Each of these initiatives is supported by a sequence of actions that mainly relate to necessary research and innovation activities but also other measures to accelerate deployment. These actions are put on a timeline indicating whether they are needed in the short, medium or long term, meaning until 2023, until 2030, or beyond 2030. The core of the roadmaps are the actual strategic plans: research and innovation initiatives are assessed regarding timing, responsibility and priority, planned actions are described and put into mutual relations and, concluding recommendations are made towards European Commission, Member States and industry.