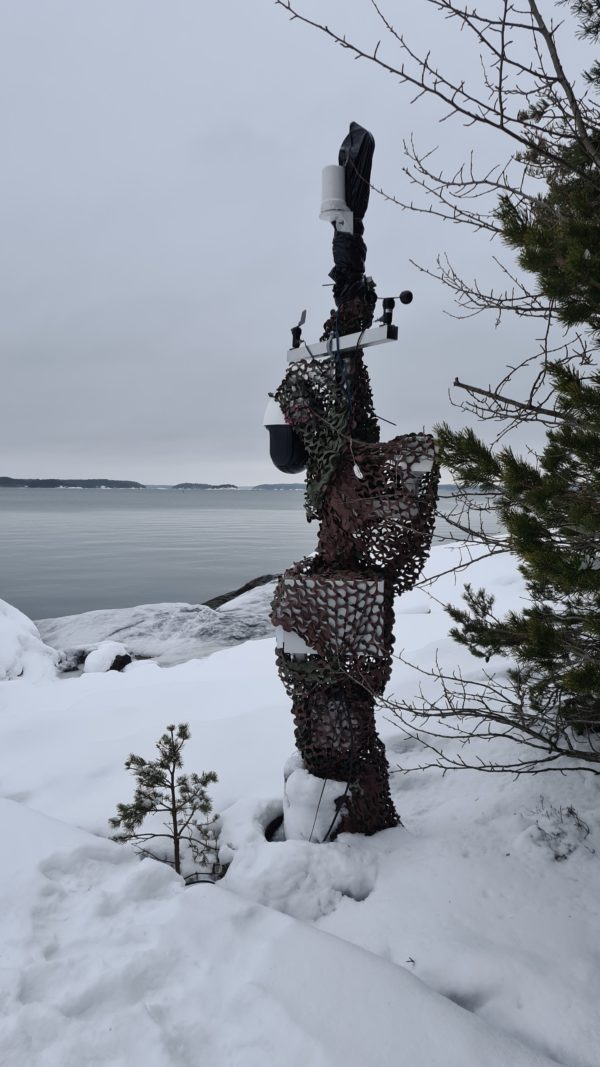 When a ship rolls out from the port of Turku to the archipelago, a sensor station along the fairway detects the movement and starts recording data. It makes observations of maritime traffic and produces information of the fairway. The cameras of the test station record both video and thermal camera image. In addition, the sensor test station stores information such as the direction of sea currents and wind, as well as speed, barometric pressure and temperature. The station is used to learn what kind of equipment is needed to build a smart fairway and how the situational awareness it transmits can be utilized.

“The data collected gives a more accurate picture of what is happening on the fairway. In this way, the smart fairway increases safety. Of course, this alone does not make the sea safe, but when there is a better picture of the traffic situation on the fairway, skippers can be warned of dangerous situations, for example,” says Markku Sahlström, CEO of Brighthouse Intelligence. The company produces solutions for remote-controlled and autonomous maritime transport systems.

In the future, it is possible that even recreational boaters could monitor the traffic situation on the fairway with a real-time image over internet.

The development of the smart fairway is part of the Sea for Value (S4V) program, which began a year ago. The first part of the program, the Fairway project, focuses on the development and testing of future fairway services and remote pilotage. The test station was installed in place in the summer and will store data for a year and a half. The station has withstood well the snow and frosts of winter. The seawater flow meter was raised as the sea began to freeze.

The sensor test station itself has some computing power. After preprosessing the data, it sends it via an LTE modem through mobile network to the cloud service, from which the data can be downloaded by all program participants for research and development purposes. The data will be used to develop, among other things, pattern recognition algorithms and to study the effect of sea currents and winds.

“The shipbuilding industry has focused a lot on developing onboard technology, but now we’re bringing more intelligence along the fairway,” says Markku Sahlström.

The Sea for Value (S4V) program, led by DIMECC, is building capabilities for remote and autonomous maritime transport. It focuses on new types of services and data flows and takes steps towards advanced autonomous functions and navigation.

Industrial partners of the first project of the DIMECC Sea for Value program are Awake.ai, Brighthouse Intelligence, Finnpilot Pilotage, Ericsson, Meyer Turku and Haltian. The research is carried out by Aalto University, Novia University of Applied Sciences, Tampere University, the University of Jyväskylä and the University of Turku. In addition, the Transport and Communications Agency Traficom, Finnish Transport Infrastructure Agency, the Finnish Border Guard, ESL Shipping, Neste, the Finnish Meteorological Institute, Finnish Shipowners’ Association, Port of Helsinki, Port of Rauma, Port of Turku and Business Finland are involved.